In my last blog post, I wrote about the newly launched iPhone SE 2 which has an iPhone 8 design with iPhone 11 internal specs. The new iPhone, however, does not have a plus variant, and buying the iPhone 8 Plus as an alternative budget iPhone is also harder considering Apple have stopped selling the iPhone 8 and 8 Plus on their website to make way for the iPhone SE 2.

END_OF_DOCUMENT_TOKEN_TO_BE_REPLACED

Samsung have always updated their flagships with two major OS upgrades as well as three years of monthly security updates. Last year, Samsung added an extra year of quarterly updates for the Galaxy S7 and S7 edge, and are likely to do the same with the S8 soon. However, if Samsung can do this, they can release three major OS upgrades instead of two. Here’s why.

END_OF_DOCUMENT_TOKEN_TO_BE_REPLACED

As of today the Galaxy S7 and S7 edge have been removed from Samsung’s update schedule and will no longer receive security updates. What does this mean for you?

END_OF_DOCUMENT_TOKEN_TO_BE_REPLACED

The iPhone 4S ended on iOS 9, meaning it missed out on a whole load of great features of later iOS versions, including a revamped Apple Music, smarter Siri, group FaceTime, redesigned control centre, dark mode, and much more.

END_OF_DOCUMENT_TOKEN_TO_BE_REPLACED

If you’re having issues with installing iOS updates on your device because of insufficient space, there are solutions to this. iOS updates is one of the reasons a 16GB iPhone isn’t good enough, and luckily Apple have not made any 16GB iPhones since the iPhone SE in early 2015. All iPhones from the iPhone 7 have at least 32GB storage now, which means it is easier to install updates. But sometimes you may still get an error when attempting to install updates saying you do not have enough storage, but luckily there are multiple solutions.

Solution #1: Free up space on your device

This may sound obvious but freeing up space is the first thing you should try when you get this error. Look through your apps. Are there any apps you haven’t used for ages and you probably won’t be for the foreseeable future? Get rid of them, as they may be stopping you from installing the updates. Look in Photos. Do you have any blurry shots or photos you took several times to get a perfect shot? Delete any photos and videos clogging up storage, or alternatively back them up to iCloud.

You can also use iTunes to install an iOS update when your device doesn’t have enough storage. You will still need some storage to install it, as the updated OS will take up some space, but since the update file will be downloaded onto your PC and not the iOS device, you won’t need to free up as much. 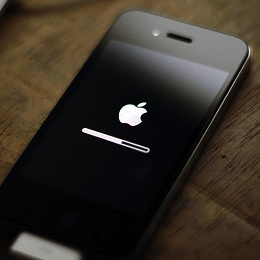 If you’re installing a major OS upgrade like iOS 13 it’s possible your device just won’t let you install it. These updates are large and it’s not worth deleting all your photos and apps just to install it. The advice for a lot of Android phones when updating to a new OS generation, particulary Samsung phones, is to factory reset the device to give it a fresh start, and then restore your files afterwards. This advice can also be used with iOS if you’re having troubles installing the update. Remember to back up your data beforehand though!

If you’re getting the ‘Insufficient space for download” error on your iOS device, following this advice can help. If you’re on a 16GB iPhone, now may be the time to look at upgrading because 16GB iPhones are not as capable as they once were. I hope I’ve fixed your problem with installing iOS updates and you can now experience the latest benefits of your new iOS version.

Thanks for reading, and goodbye!

The iPhone 6S was released in 2015 alongside iOS 9 and came preinstalled with it, and has since received updates all the way to iOS 13, becoming the oldest iPhone to support iOS 13 after Apple dropped support for the iPhone 6 and 6+ released in 2014 along with all other devices with less than 2GB RAM. However, is the 6S worth considering in 2020?

END_OF_DOCUMENT_TOKEN_TO_BE_REPLACED

Many iOS users have had this issue before when trying to update their devices and it can be caused by a number of things.

END_OF_DOCUMENT_TOKEN_TO_BE_REPLACED

This change was kinda expected by some, considering the Galaxy A series adapted a ten times table naming scheme for these phones. Some expected this naming would be exclusive to the A and M series but the S series adapted this as well.

But will the next Note be the Note20 or Note11? It would make sense for the Note20 to be the preferred name option. It’s new and doesn’t lag behind the inferior S20. Here’s why.

Samsung skipping the Note6 in 2016

In 2016, Samsung did not announce the Note6 at Unpacked as the successor to the Note5, but rather the Note7.

At the time, Samsung had already released the S7 and started to fear that the lower number of the Note series would mean the Note phones would not sell as well as their inferior S series.

So Samsung skipped the Note6 and went straight to the Note7, which ended up exploding, catching fire, and then being recalled and bricked with software updates.

But the year after, the Note8, which didn’t explode, was a great success, and is still a fairly solid phone today.

Samsung tend to pass features over from S to Note

In the past, Samsung have passed a lot of features over to Note from the S series phone of the same year. For example, when Samsung ditched the microSD slot with the S6, they followed with the Note5. The Note8 inherited the S8’s design, the Note9 inherited the S9’s intelligent scan, and the Note10 inherited the S10’s hole punch and they both had a 5G variant. You get the idea.

Let’s say the Note20 does get called the Note11. Several generations later, the Note20 is released, as who knows what Galaxy S phone’s Note counterpart. To the new generation focused on the present and future, they’ll see the Note20 and view it as an old phone, like a counterpart to the then-ancient Galaxy S20. Therefore not as many people would buy this future Note20 phone, putting Samsung in the same problem they had before 2016 with Note phones being associated with S phones with the same number suffix.

To conclude the future Note is very likely to be called the Note20 and not the Note11 so that it doesn’t lag behind its inferior S20, because they would want users to associate the S20 and Note20 with the same generation and set of features, and not to cause confusion in several years time with a phone called the Note20.

The Galaxy Note20 is expected to be announced by Samsung at Galaxy Unpacked later this year.