The iPhone 6S was released in 2015 alongside iOS 9 and came preinstalled with it, and has since received updates all the way to iOS 13, becoming the oldest iPhone to support iOS 13 after Apple dropped support for the iPhone 6 and 6+ released in 2014 along with all other devices with less than 2GB RAM. However, is the 6S worth considering in 2020?

The first reason is the processing power. The iPhone 6S is still a fast and snappy phone even in 2020 on iOS 13, and can run heavy, intense games such as Fortnite with no stutter or lag whatsoever. It can still multitask with several apps and several browser tabs, and thanks to iOS’s amazing RAM management, your device is unlikely to suddenly just freeze up and become unresponsive requiring a hard reboot to become responsive again. Even with 2GB RAM, the iPhone 6S and its Apple A9 chip can handle a lot.

The second reason is the price. The iPhone 6S has reduced in value over the past few years, and although this may be a bad thing if you intend to sell your 6S, it can be a good thing for new buyers. The 6S can be found for £200 or less on some sites in 2020, and has great deals on contract with carriers. It has a lot of pros for the low price, and is still receiving OS updates from Apple.

The third reason is the support. The iPhone 6S is very likely to get iOS 14 later on this year, and possibly even iOS 15 if Apple are feeling generous enough to give the fast and snappy 6S another year of support. Even if Apple do stop at iOS 14, they may still push out security updates if necessary like they’ve been doing with the 5S and 6 on iOS 12, and many apps will support iOS 14 until at least iOS 16. Apple have released updates to the 6S with almost all the functionality of the update on modern iPhones, excluding hardware-based functionality such as FaceID.

The fourth and final reason is the inclusion of the headphone jack. Since the iPhone 7 Apple has not included the 3.5mm jack on its iPhones, meaning users have to use Bluetooth headphones or a dongle to listen to audio. This is not the case with the 6S, which has the headphone jack built in for listening using 3.5mm headphones.

The first reason against is the low value. If you intend to trade in your 6S a few years later for an iPhone 14, you’re likely to only get a small discount as the 6S has degraded in value since 2015. If you intend to trade it in a few years later once the 6S has ended support and apps are starting to drop support, you may get a shock when you only get, say, £80 discount off your £1200 iPhone 14.

The second reason against is the potential slowdown for iOS 14. It is possible iOS 14 may not run as well as iOS 13 does, and therefore you’re either stuck with iOS 13 which will slowly lose app support, or be stuck on a slow iOS 14 which is hell to use. It’s a little bit like the iPhone 4S. It ran well on iOS 8, and not so well on iOS 9. Although hackers managed to find a way to downgrade to iOS 8 from 9 by mimicking iOS 6, iPhone 6S users may not have such a method.

The third reason is the older design. Since the iPhone 8, iPhones have had glass bodies (with the exception of the XR) which feel more modern and premium, and may make you feel insecure about your old aluminium 6S. New iPhones have more modern designs, and the iPhone 6S lags behind. Plus, with the iPhone 12 rumoured to support 5G and have no notch, your 6S would definitely feel old compared to that.

The fourth and final reason is the condition. Apple stopped selling the 6S on its website in 2018, and the best way to get one now is second hand or through a carrier. Through a carrier you may find yourself stuck with an unsupported phone for two years if iOS 15 drops support, but through second hand your new phone may have scratches, bashes, a degraded battery, and many more issues that you will have to invest more to fix them. It’s almost just worth buying a brand new or refurbished iPhone 7 instead which are also still very popular. 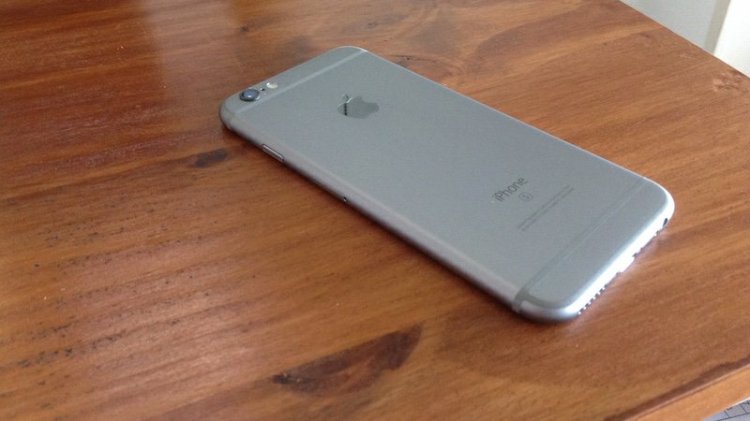 To conclude the iPhone 6S is a good iPhone in 2020 with lots of redeeming qualities including fast performance, good support, and a good price. However, if you intend to trade it in in a few years time you may get a shock when the value’s degraded, and the design feels old compared to iPhones like the 8 and X. Also, if buying one second hand, look out for scratches and cracks on the pictures and ask the seller about things like battery before buying to see if you’re really getting what you deserve. Regardless, the 6S is a good phone if on a budget and still has a lot of processing power if you need it. It likely won’t be supported in iOS 15 but it’s still good for now if you’re looking for a budget iPhone, but it may be worth just paying a little more for a 7 if you want good durability.