Recently, I purchased a Nexus 7 (2012) from a local store. I’ve wanted this tablet for years now but it was always too expensive. But last week my lucky day came as a local shop was selling one for £35.

Turning it on, it ran the slow and laggy Android 5.1 Lollipop. Opening and switching between apps was a nightmare. And don’t even get me started on updating all the apps on ancient versions. I couldn’t put up with this, so I downloaded the KitKat 4.4.4 factory image from Google’s website and flashed it.

On KitKat, I can certainly say that it is faster than Lollipop, significantly faster. Updating apps took about 5 times quicker than on Lollipop, mainly because KitKat is more optimised for the Nexus 7 (2012) than Lollipop is, but also because not all the updated versions of preloaded apps can run on KitKat.

App support on KitKat is still fairly good. Yes, some apps are starting to require Android 5.0 and 6.0, but those that I wanted to install that did had an older version that could be sideloaded. I managed to install an older version of Gboard to replace the old stock KitKat keyboard on there, as well as old versions of the Microsoft Office mobile apps. They all still work without issue.

Minecraft, WordPress, and Geometry Dash World all installed fine on their latest versions. They all work without issue, except Minecraft which lags unless you turn off all the fancy graphics.

There is an explanation for this, of course. The Nexus 7 (2012) has a Nvdia Tegra 3 CPU consisting of four ARM Cortex A9 cores clocked at 1.2GHz, along with 1GB RAM. Back then that was considered midrange and could probably run Minecraft and other games at high graphics. But now? Nah.

What about custom ROM support? It appears the community have developed ROMs for the Nexus 7 (2012) up to Android 7.1 Nougat. I haven’t tried any, and honestly, I wouldn’t expect great performance from these ROMs. The Nexus 7 (2012) runs near stock Android anyway, which most of these ROMs are based on. If the Nexus struggles to handle stock Android 5.1.1, as much as poor software optimisation could be partially the problem, I’m sure the specs play a major part too and that 6.0 and 7.x ROMs wouldn’t run much better. 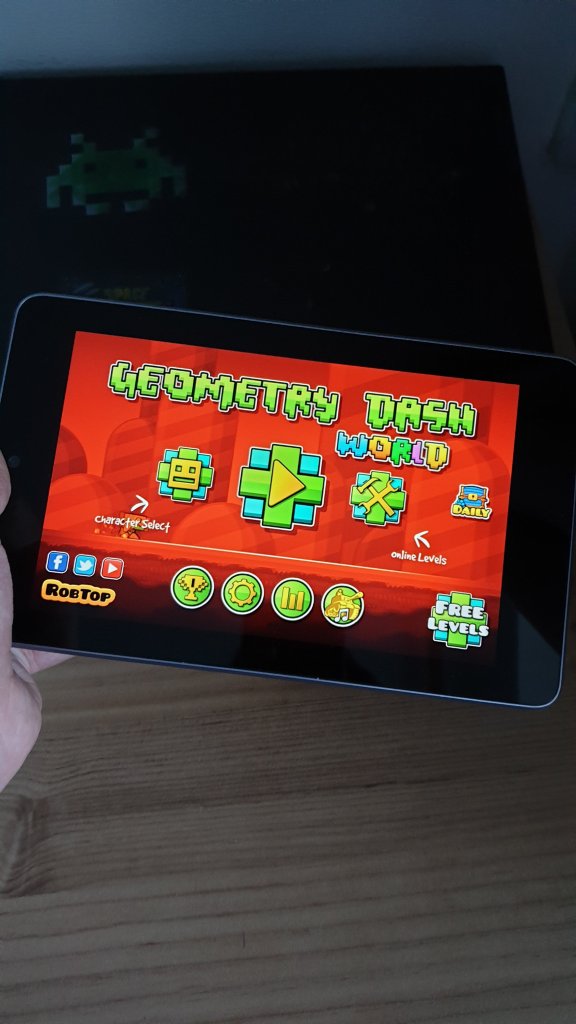 So, how well does the Nexus 7 (2012) still hold up in 2019? As a basic tablet for playing basic games, word processing, and browsing the internet, it holds up well. But for heavy tasks you might want to look elsewhere as the Nexus 7 is not as up to the task in 2019 as it was in 2012. But for basic use, the Nexus 7 is a great tablet and holds up well provided you downgrade it to KitKat, even in 2019.

Do you still use a Nexus 7 and how well does it hold up in 2019? Tell me down below in the comments.