Do you feel lonely in singleplayer? Well, if so, then you could make an armour stand friend that could protect you. Follow this handy tutorial?

First, do /give @p command_block. This will give you a command block. Place the command block and use the following command:

What does this mean? Nothing yet. Then spawn a wolf, tame it and name it whatever you want. Then spawn an Armour Stand and put armour on it, and change its pose by crouching and right clicking/pressing hard on it. You could put a head on the armour stand and be sure to give it a sword. Call it something. Make sure your wolf is standing.

Now set the command block to repeat and get a lever and activate it. The armour stand should walk with the wolf. Now do the following:

Replace ArmourStandGaming with whatever you want the wolf to be called. This will make the wolf invisible. Now it will look like the armour stand is moving on its own. To make your armour stand friend stay alive for a long time, type the following commands into the chat:

Now you should have a loyal armour stand that will protect you. 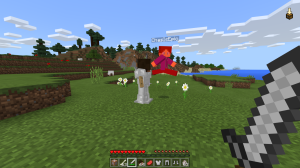 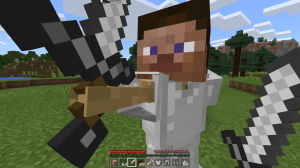 Your armour stand friend is loyal to you. 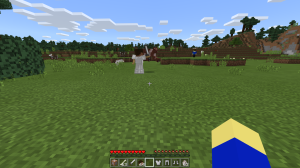 It attacks anyone you hit, even cows! 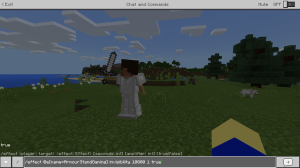 Use commands to make your companion healthier.

EpicChasGamer, blogging for over a year! 😎